Sydney or the Bush 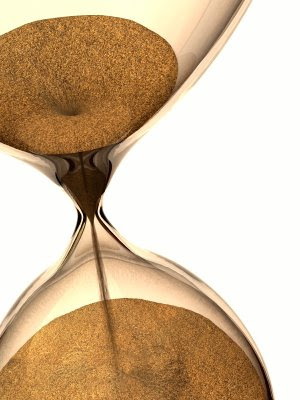 Thanks to you regular and not-so-regular readers for checking in every once in a while. As Frank Zappa once said -- and it applies to this blog -- "Jazz is not dead. It just smells funny."
When I think work can't get any busier, it does. And then there's that little Internet matter for which I am under contract. It's not the worst gig in the world, but it does take up time that I already didn't have. And I'm not used to the contract aspect of it. Funny, just as both of my syndicated columnists' work stopped coming in (one retired, one leaves his editing to the paper that is now syndicating his column), thus freeing up not necessarily time but the only persistent obligation I had hanging over my head every week (aside from the usual production line), this Internet thing started in earnest. So I traded about an hour a week for about 15 hours a week.
So, in a cratering/cratered/struggling/down economy, I'm working, well, you don't really want to know how many hours a week. But think of holding down two full-time jobs . . . and then add your part-time gig on top of that. And I actually have turned down work in the last few months because occasionally I realize there are only so many hours in a day, or a month.
Having said all that, if you're a potentially new client, email me, because it takes all cylinders pumping to keep it up. Off the top of my head, I can think of easily into the five figures worth of work that I had from clients last year that have not and likely will not contact me this year. A freelancer never knows when today's best client becomes, six months down the line, "What ever happened to them?"
And, not so metaphorically, baby needs shoes. Even if said babies are 19 and 16.
I am thankful for too much work in these times.
I am thankful for my not awful health, and that I'm not putting in all these hours in a coal mine.
I am thankful for an understanding spouse and children who share living space under the same roof, but who never see me.
I am thankful for those of you who continue to check in here, even when I've got the Time Tunnel graphic up for weeks at a time.
I am thankful for the theatre where my wife works, providing me the occasional break from my tedium.
I am thankful for Bill Evans videos on youtube.
I am thankful for the local YMCA, where every so often I do the executive triathlon (sauna, steam, whirlpool) and attempt to take my mind off of everything else.
I am thankful for my dopey pets, and particularly my recently diagnosed FIV- (feline AIDS)-positive cat, who for a night a month or so ago was near death--absolutely out of nowhere--but who seems to have shaken it off entirely.
Anyway, back to work.