Mostly because I'm tired of the guy pictured below.

1. An old friend/author/client popped into my head recently -- a guy I worked with in Atlanta whom I came to know through some freelance work on the political newsletters and then some ad agency work. He eventually wrote a novel and then moved to New York as a late career change . . . actually to teach in the inner-city schools: a rather noble and admirable pursuit. I'd edited a draft of a novel of his some years back. I thought yesterday, I need to get in touch with him and see how he's doing -- unrelated to his book. I'm working at the computer today, and an email from him comes in, saying the new draft of his novel is almost ready, and could I work on it? I wrote him immediately, Strange thing. I thought of you out of nowhere yesterday. He wrote back, Haha. that's great. I just started thinking about contacting you yesterday! Universe works in funny ways.

2. Yes, funny ways. I dreamed last night that Moi and I were shopping in New York City. Not sure if this is dream or nightmare or somewhere in between. I can imagine spending time with Moi in NYC in any number of pleasurable pursuits from which I could benefit from her vast knowledge: museums, food festivals, dingy nightclubs with echoes of long-lost genres. Shopping with Moi in NYC? Nyet.

3. I am in the middle of about five consecutive indexes, which means I am psychically about to come off the rails. Lord, deliver me. 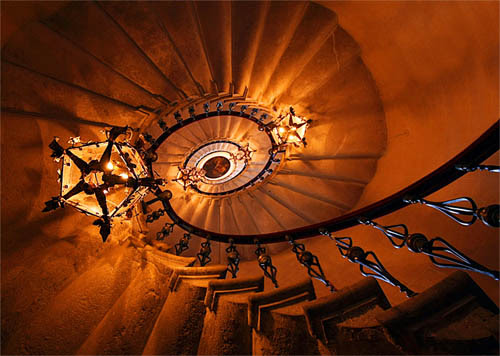 And, look! Here I am checking in on your blog only hours after you wrote this post! Must be some kind of fall alignment of constellations or whatever. As for shopping, you know your subconscious is all, "Aw, come on Bob. Let's shop 'til we drop at Bergdorf's. Buy some Armani . . . Ralph Lauren? . . . Levi's?"

Moi:Hours? Try moments. I just posted it. Maybe it's time to buy a lottery ticket.