No year-end review this time. I'm going to let a fading memory take its course.

I'll spend the next few days wrapping up two loose work ends and then prepare for next year. Moi mentioned the word "resolve." I could use some. "Discipline" has never been a strong suit. Maybe I can win the semantic war.

Because of scheduling issues, January 2012 is already an avalanche in waiting. December 2011 was delays and time away and holidays and such.

The year 2012 I'll start out on a new leaf or leaves. I have a bunch of thoughts in my head. Resolve, resolve. And I'll have two four-hour car rides on the 30th and the 1st to get some thinking done. Sons are back to college next week. And winter will settle in at chez czar, with the czarina on 24-hour call for her theatre tour booking duties. Scheduling an educational touring group in central Appalachia during January through March isn't one of the easier hands to be dealt, and keeping or revising that schedule with snow dates . . . in many backwoods counties where roads are iffy . . . that's wintertime anxiety around here.

Anyway, this is a sign-off for the year. Everyone out there, have a great time on New Year's Eve and thereafter, wherever life places you. And if you don't hear from me at HM or on your different blogs so much in 2012, it's not because anything's wrong. Actually, it's probably just the opposite.

But I do hope to be posting more here, and more on topic. 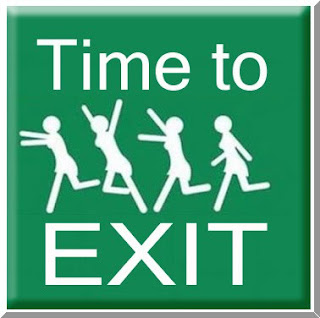 Happy New Year to you and the Czarina! May it be filled with less work and more $$!

Thanks for the good thoughts, Moi. I'd settle for the same amount of work and a way better way of managing the time to get it done. While taking the occasional day off. And exercising. And eating right.

Oh, such hopes and dreams.

THEN ya can git to the year as planned.

@Aunty: I'll have to find Haiku Monday first. I was incapacitated the prior Monday and lost the rhythm. Sounds like you're hosting, though. Another win for Aunty? That's no surprise.

We were at a friend's house this weekend in Atlanta, and this morning's NYT had an article with a few pictures of Tilda Swinson. I immediately thought of your (de)population post, even though I still have no idea who this woman is.