When the Author Pushes Back on an Index

Sometimes authors make suggestions for indexes after the indexes have been written. That’s understandable, although as an indexer it drives me crazy—maybe even a little crazier than when authors submit their own lists of index terms. The nice thing about the latter is I can largely ignore those if they are not helpful.


But letters from authors to a press’s managing editor when the book is days away from going to print are harder to disregard.

Authors are not indexers, God bless ’em. And I’m not an author.

But indexing has certain rules, and they’re not complicated. I’ve managed to pick most of them up just by doing, only later finding out that the way I work is generally accepted practice. Simple, but not easy.

Also, retrofitting an index—moving certain concepts around or creating new entries after the index has been edited and submitted—is almost harder than writing the index to begin with, especially when the request comes a week later, and time to work on it comes later still. At that point, the memory of the book is washing pretty quickly into the dead zone.

I’m working on this now and will have it to you this morning. But I’d like to hear from you before going too far down the line.

Now that I’m comparing her comments to the index and the book itself, I’m seeing a number of issues that I can explain and that just might stem from the author not being an indexer. Nothing wrong with that. I’m not an author. But indexes are written a certain way for a reason.

Her first suggestion is for an entry on

Individual entries already cover all of this, under the concepts she mentioned that are important to the reader. The author is asking for a main entry of “destruction,” and I don’t think readers will go there. And destroying a house is much different than destroying family life. People interested in homes, farmland, deforestation, family, and religion can find entries.

To me, a main entry of “crimes” is a value judgment and a difficult call. The author pretty much (and understandably) defends any human action up to and including cannibalism when faced with mass starvation. Is forced prostitution a crime? And again, all these are covered in individual entries.

Then there’s this: The word “crime” appears 45 times in the book. Forty-one times, it’s in the listing of the cannibalism police reports. The others are mentioned in passing. “Crime” is not a topic of this book.

Not appropriate for the index to this book. That’s what every page of much of the book is about. It would be like having an accounting book with “dollars” as an entry.

This is a chapter title and, thus, is not indexed.

“Starvation and brutality should be their own entries, not under provinces”

I’ll see what I can do here, but it’s kind of in the same league as death and disease.

“Entry for Children, why not for Women?”

Why not for Men? This isn’t a book about women’s rights or women’s issues, although some come up. Again, “children” seems like a natural for a reader here. I guess there are some folks who pick up every nonfiction book and might look for an entry on “women,” but I don’t see that it’s necessary for this topic.

I’d really appreciate your thoughts on this stuff. As the length of the email shows, it’s not like I’m trying to avoid work. 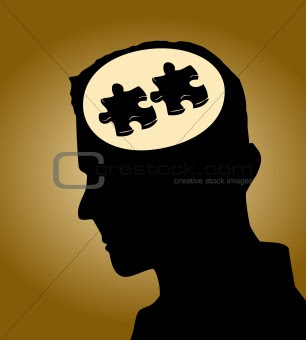 Bless those who do.

One day, I hope to chime in with you on B. Yesterday's lottery ticket didn't help.