My dedicated reader, Moi -- who has a delightful blog and who juggles more talents, skills, and interests than I could dream up in five lifetimes -- is a fast-car freak. I sent her an article that I thought would interest her, and it prompted a quick email exchange.

Moi had mentioned her lust for the present series of Jaguar E-class vehicles. I relay here a slightly modified email response of mine.

Growing up, when I barely cared about such things, I always thought Jaguars were the most elegant cars on the road. Their standard sedans would have done me just fine. Something like this: 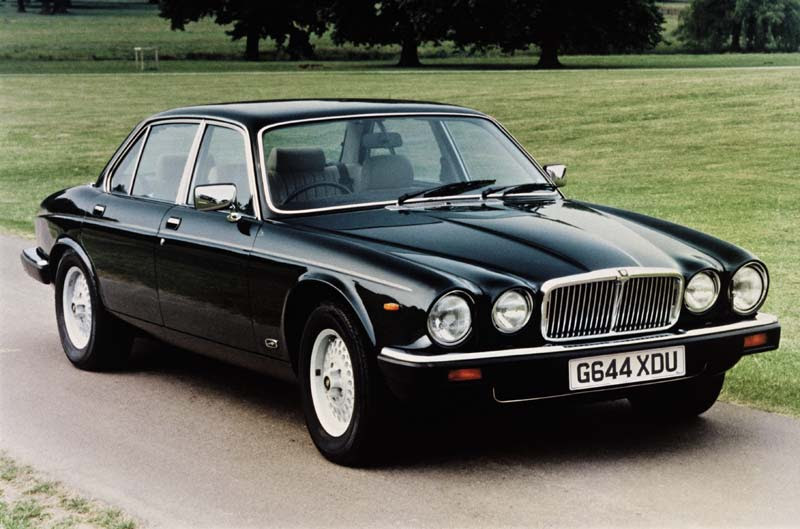 As far as I'm concerned, most sedans since -- from the Lexus on down -- tried to match this look.

Here's a display of the first few cars I received from my dad, the Chevy/Olds dealer. Unlike most other car dealers' kids -- who had nice cars -- I always got the stuff Dad absolutely couldn't sell, even on the used car lot, or that he might have been too uninspired to unload on the wholesale market at Jerome Avenue in the South Bronx, at the time (and perhaps still) one of America's worst neighborhoods. But I could never beat the price, and until I got out of college and wanted actively to wean myself from the corporate/parental teat, they always came with gas credit cards.

My first car appears below, which I had for the last three months of high school and then until I went off to college. Seven miles a gallon. Car weighed 5700 pounds. If the driver's door accidentally closed on your leg, your next stop was the prosthesis store:

Next stop: Summer after freshman year. I was very surprised to receive a foreign car, as my father naturally thought that they were manifestations of the antichrist: 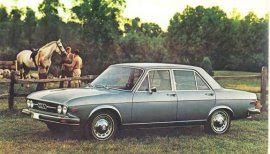 I had the Audi for about a week. Dad asked me what I thought. I was pretty pleased, but I mentioned in passing that the radio didn't work that well. Dad's response? "OK, give it back. We'll take care of that." 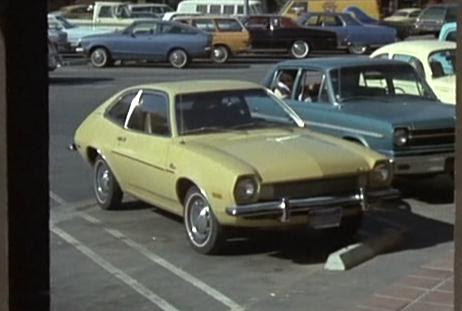 So I drove around the Pinto in the height of the exploding-gas-tank scare; Dad didn't care. I'll always remember this car because one time when I was on the FDR Drive in Manhattan, driving at a pretty good clip, I went into a dip and came out of it in mid-air, seemingly shifting half a lane to the right in the process. Good thing it was late at night and no one was in the lane next to me.

And the vehicle for which I was famous, the body of which was festooned with duct tape to cover the rust (remember, at this point I am the potential heir to a GM dealership that had been in business for 50-something years): I give you the affectionately monikered "Ghetto Cruiser," which lasted me for about four or five years: 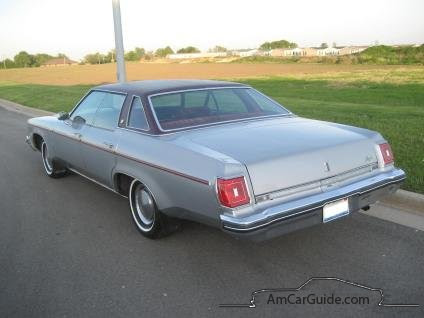 The quality of cars courtesy of my father finally improved when I had a wife and kids who were riding around in them.

A gas credit card billed to someone else's account sure sounds good now, though.
Posted by czar at 11:44 AM

I love those old boats. We, as in America, just don't make them like we used to, whether muscle car, sports car, or all around daily driver. Witness the fact that Edmunds lists only four American cars among their 2011 sedan buying guide. Maybe one day, we'll rule the roads again . . . Oh, and everyone I knew in high school drove either a Chevy Nova, a Ford Pinto, or a VW bug. It's almost as if no other cars existed.

I get your point, Moi, but if we're going to rule the roads again, I'm not sure any of the US cars shown or mentioned are the best vehicles to get us there -- except for maybe the Cutlass. What a great ride. I'd love to have a Ghetto Cruiser right now, though. Damn thing could probably sleep six comfortably.

I don't have any good car stories except I got my first car when LOMA was moving from Colony Square to Powers Ferry. I insisted on getting a maroon Lynx with a stickshift (even though I didn't know how to operate it) because I really wanted a Karmann Ghia and wanted to be prepared when the opportunity presented itself, which was...never. (Yet!) Congrats on your haiku win!

Yore Daddy knowed a thang or two--that big heavy roadhawg prolly kept yore body whole--who would want to tangle wif' that? Nobody ever turned left in front of ya', I bet.

Does a jag live in yore garage now?

Had a friend wif' one--she said buy two:one to drive while the other is in the shop.

The dean of women at college drove a mallard green XK150 convertible --polly 1950s (it looked vintage to me) an' I coveted that machine--even though the ink on mah driver's license wuz still wet. I thought her be too ole fer it--she wuz ancient! Mebbe, forty-five?

Aunty: Yes, I suspect the size of the vehicles I received -- the Pinto notwithstanding -- reflected DadCzar's desire for his younger son's safety.

Do I now have a Jag? Stop it, you're killing me. I couldn't afford the one, much less the second one.

Fleur: I'm impressed. If you're able to drive a stick shift, you're legions ahead of me in the automotive world. Where did you live when you were commuting to Colony Square? Was Fleur . . . taking . . . the bus?

We are so much alike. Growing up I wanted the Opal GT from Get Smart. But as soon as I realized it didn't come in automatic transmission, there was another preczarist dream gone down the toilet.