In some fit of Savannah-induced euphoria or election-induced despair, Fishy gave the local liberal the nod for a Castro-inspired haiku in a week that also included a national election that, well, didn't break the way many folks around here hoped.

Personally, I was insulted to see a vote total at one point in the night for my home state that included Virgil Goode's numbers, but not Gary Johnson's. I went to the secretary of state's website, and Johnson was pulling more than twice as many votes at that time as Goode. So what's the takeaway here?

Don't forget, folks, I spent much of my adult life voting Libertarian. This year, I realized that the vote I made for the Libertarian ticket in 1980 included one of the Koch brothers as vice president. Yowza.

Savannah and youth and change have something to do with this week's theme.

I'm working on a large and rather interesting volume about the CIA's secret war in Laos from the late 50s/early 60s to the mid-70s, the evacuation of the Hmong, Hmong funeral rituals . . . all told through the life and death story of a smokejumper who was over there for many years, and died and was buried in his early 40s under mysterious circumstances.

It's 170,000 words of mostly oral history and reprints, and that's a nice few days on the farm for a copyeditor. Not a lot to do.

Interestingly, I was familiar with the Laotian cast of characters from this little ditty (no, you don't have to watch it):


The book I'm editing is part of a series on Southeast Asian history and U.S. involvement in it during the post-World War II era -- from Texas Tech University Press. If you're interested in military history and U.S. history in the 1960s and 1970s, the books are well worthwhile. And no, folks, it's not a bunch of anti-U.S. claptrap. Not at all. Texas Tech is devoted to Vietnam and Southeast Asian studies.

Believe it or not, Laos has something to do with this week's theme. Texas, thankfully not. Ginsberg? Nothing much I'm aware of, except for his appearance at University of Alabama in Huntsville in 1977 -- a tape of which was the first recording I heard of the song above.

(It was part of the same speakers' series in which I met Dr. Hunter S. Thompson, a native of Louisville, KY, the next year.) 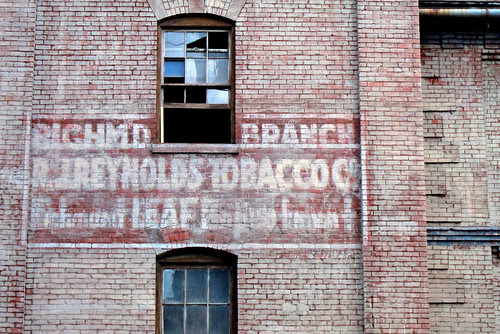 Back in the days even before I was old enough to start voting Libertarian, I spent a lot of time traveling up and down I-95. Dad Czar and I, like good New York Jews, would drive dutifully down to Miami Beach in the middle of every December (1967-1976), and then in 1977 I began my regular New York-Atlanta-New York drives for three years, continuing them off and on for many years after that.

I always knew I was firmly back in the Southeast when I'd emerged from the Baltimore/Washington nonsense, and made it through the perpetually under construction freeway through downtown Richmond, to break onto traffic-less highway and inhale deeply the smell of the RJ Reynolds tobacco plant -- a strange and surprising and welcoming odor when you're driving 65 miles an hour in the middle of the night.

We're back where we started. Savannah to Richmond. My Montgomery, AL, native wife and my two sons born in Atlanta would be proud.

That might be Asia, or the United States (my adopted home, whether the locals like it or not), or for those of you of a more directional bent, something the compass kicks off. For those of you who enjoy American football, there's always the SEC. You don't have to worry about my having favorites in that conference; I dislike them all, some more than others.

And it doesn't have to be southeast geographically; whatever you can take away from the word is fair game.

Visuals: Smoke 'em if you got 'em. Links: Yeah. Music: If it's good. Just haiku? Delightful.

Limit two entries, please. I'm strict on syllables but little else (although I will say this: punctuate purposefully). Other than that, post entries in the comments below. Deadline is midnight PST on Monday.

I have actually smelled the RJReynolds tobacco plant driving through Richmond and wondered if it smelled that good could it really be that bad? It does not however, smell as enticing as the JIF peanut butter plant in Lexington.

I bet you and Daddy Czar learned a lot on your annual SE USA pilgrimage. Nice back story. See you on Monday.

Congrats on your well-deserved win!

I love the smell of fresh tobacco and I miss smoking terribly. Perhaps that is why I have peanut butter ass instead of smoker's lung (food of the gods, Fishy, food of the gods).

And I know I've nagged you about this before, but one day you really need to share how you went from libertarian to liberal. I'll wait.

At any rate, terrific topic and one, as you know, close to my heart in many ways. I'm in.

writing about wear I live could prove interesting be back later

Nice topic. This is the first "southeast" that spoke to me. Perhaps there will be another.

I'm up with visuals:

My constant refrain:
"What on earth is 'rurnt'? Do you
mean runt or ru-ined?"


chills, thrills a plenty
days fly on hummingbird wings
Disney is my home

Turns out I have another.

A southeast sunset?
Serendipity reflects;
surprise from behind!

@fishy: I drove through Lexington twice, but I missed the JIF plant. Sounds like it's worth a detour.

@moi: In working on a book recently I learned that the top two identifiable smells to Americans are coffee and peanut butter. A new box of Crayola crayons is 17th.

@becca: Hi. I came here and never left. Moved around a little.

@fleur: In response to Fishy's comments on what I learned with Dad Czar driving through the Southeast, here's some more preamble: I remember little about the trips. They all kind of telescope together. I remember visiting South of the Border a number of times when it wasn't an absolute dump. I remember a particularly good diner for breakfast one time in Woodbine, GA. I nearly killed my father and myself falling asleep at the wheel on the interstate in South Carolina when I was 16 years old. Also, many, many good hours listening to year-end Top-40 wrapups on AM radio. One year, I guess it was 1971, I think we heard "American Pie" 22 times between Staten Island and Miami Beach. I tormented my father and brother by singing along. Why is this particularly bad? Of the 33 boys in my sixth-grade class, 30 were chosen for the Glee Club. "Czar, not so fast."

Ma Czar was once told in her youth, "You're a listener."

Man, I miss AM radio. When I was in junior high, my father organized a month-long summer car trip across the U.S. for me and my brother, culminating in our annual two-week visit with all the aunts, uncles, and cousins at one of his sister's homes in Massachusetts. He let me buy all kinds of really cool junk magazines and food and twirl the radio dial non-stop. I can't hear "Margaritaville" or anything from Rumors without remembering that trip.

@Moi: The czar and czarina's courtship had to overcome some early rough moments when I confessed my love of AM radio in all its manifestations -- and the further away the station, the better.

She thought I was absolutely insane and maybe a little stupid. Why listen to AM when you could listen to FM or a tape or . . . ?

I still love AM radio, and we're still married. But AM radio kind of has the same effect on her that Coltrane does. And channel surfing on AM? Nyet.

Late at night if I'm driving by myself I'll occasionally tune in to the NYC news stations, which you can hear all up and down the east coast and probably as far inland as Iowa. Growing up on the 10th story of an apartment building with nothing that tall for miles around, I could pick up AM radio stations late at night from pretty much everywhere east of the Rockies. Loved it.

And if I'm driving anywhere by myself and want to listen to something (rare), I'll spin the AM dial. That's where all the clownin' goes on these days. And here, it's local bluegrass and gospel groups (excellent), ads from rundown car dealers (hilarious), local preachers (always a treat on trips through the Southeast).

Congrats on your win! =)

Here's my 2:
Northern girl I am
My soul will forever yearn
Florida sunshine

Alabama red
National title? No more
The Tide got rolled

But...boots on the ground
Duties and Dedication
Policy unknown

@Blazng, She of the World's Greatest Avatar: Glad we drew you out.

@Karl: You are correct, sir. A good reminder. The folks I'm reading about were Company men, eyes wide open and many very young, and they performed in a brave and often heroic manner.

Below Mason-Dixon
Not all that critical; above
The gnat line a must!

@Fishy: That's the old school i'm talking about--but like NYC, I grew up through Miami Beach during its somewhat shabby years. We stayed at the Eden Roc and the Fountainbleau in, I'd say, '72 to '76, the years before that spent at a place called the Dunes Motel on 167th and Collins. Not exactly a glory time for Miami. I think in the early 1970s I saw a Myron Cohen floor show at one of the big places.

Hey, where the hell is Fleur? Fleur, you got some 'splainin' to do. I think Aunty, who would have warmed to the topic, is doing some R&R. Curmy? Rafa? We seem to be haikuing in shifts.

BUT, luved the Czar back story!

What an entertaining host you are. you should try and win more often. I did not arrive on the atl until 1981. So i missed the padded beer hall and apparently the disco kroger with a white tiger trapped under its plexiglass floor.

I cant defend my haiku. I have no idea what the hell i was talking about.

Congratulations, Sere, you turn in a lovely haiku every week, each time sharing your extraordinary life.