Scroll down for a refreshing golden shower update.
Posted by czar at 5:56 PM No comments:

That's What This Blog Is All About, Charlie Brown

This blog serves, as the header above states, as my business's website. Thanks to the Google for the cyberrealestate. I've attracted over time clients from Kuwait and Australia, not to mention Oxford University Press, based on people who've found this work diary. That was back in the day when the Google's algorithms were a variation on the old Stalin line: "Paper tolerates anything written on it."

Tangent: You know the line attributed to Stalin, "To make an omelette you have to break a few eggs"? Seems that he cribbed that from my notorious cousin Lazar Kaganovich, although Lazar probably picked it up from somewhere else. For all of his, uh, charms, I don't think that original thought was high on Iron Lazar's list.

Anyway, even in spite of the Google's algorithm changes, a year or so ago, the author of a nascent Fred Neil biography found a posting I'd done about one of the few surviving video clips of the late, great Fred Neil. Alas, in the interim we've met and hit it off quite nicely, and tomorrow I'll receive the complete manuscript.

The notion that I'll have a heavy hand in a Fred Neil biography is one of the things that makes my crazy work life worthwhile. That, and nailing a friend's father years back for telling me he taught ethics at the School of the Americas with the line, "How interesting. A good friend of mine did the original English translation of Gutierrez's A Theology of Liberation." Perhaps my greatest party moment ever -- well, at least in my mind. You could just about see the steam coming out of this man's ears. No telling how many times he'd gotten away with that line.

Not as dumb as I look,

Geo. Washington
Posted by czar at 9:59 AM No comments:

Put Out That Candle, Diogenes

I've said before somewhere on this blog that when I mention to a press that I think a book's got problems, the press is usually aware of it already.

New indexing client, and I was so bold as to offer this slightly edited in-progress report:


"The index is presently running about 26 double-spaced pages, short of the allotted 34. I didn't try to hold back on length when indexing. As any of my clients can tell you, if anything I'm usually trying to cut my original data drastically to make the text fit. I think the length is more a factor of the book's organization. The author is fond of the 'say what you'll say, say it, say what you've said' approach -- not only within chapters but through the whole book. Too, the same ground sometimes seems to be covered in two or three places (at least), and as an indexer I'm not fond of sending readers to multiple pages only to find the same information. I hope my approach is okay. I've also tried to follow the press guidelines on not trying to outline the book or capture every detail. Having said all that, I don't feel that someone looking at the index would conclude that I'd cut any corners."

"Thanks for this update, Bob. Your approach to indexing this book sounds right. You don't need to hit the max no. of pages. This author's dissertation advisor should have steered him away from this topic, which sounds good but is almost impossible to pull off and still do justice to all the issues involved. So I'm not surprised at the vacuity you have encountered. We rejected the ms at one point, but a 'friend of the Press' thought we should reconsider."

"Vacuity." That's some harsh stuff.
Posted by czar at 9:40 PM No comments:

Learn Something New Every Day in This Line of Work: Golden Shower Update

I posted the following back on June 11, thinking I was clever. If you've read this post already, please revisit.

Don’t you remember the myth, Justin, how Zeus in the form of a golden shower descends upon the virgin daughter of King Argos, Danaë, from whom Perseus then subsequently issues forth?

Thanks to Messrs. Merriam and Webster for capturing for posterity what most folks, except maybe this author, seem to know:

: the act of urinating on another person usually as part of a sex act

The proofs I worked on arrived at the press on June 17, and the following email exchange ensued, with the title, "Zeus & Danaë, per Klimt."


Managing Editor: Interpret as you will. /D

LandonDemand: Huh. When I checked some references, they all referred to a shower of gold, which this could depict. However, that's different from a golden shower. If, indeed, this is showing a golden shower, then Zeus must have consumed a godlike amount of Nepenthe before delivering it.

Managing Editor: hey, he’s a god; his capacities are infinite, including his capacity for perversion (ask Leda & Io, to name just a couple)

LandonDemand: So, ultimately, the phrase "golden shower" and its present-day connotation was entirely willful and intentional on the author's part? Was the "shower of gold" I read numerous references to just an obfuscation / G-rated version of the original text?

Managing Editor: let it go, Bob; you’ve done your job, and I appreciate it. Google results for “golden shower” (in quotation marks) + Danae: 41K hits; for “shower of gold” + Danae, 29K hits. Moreover, most readers of this book—probably the vast majority of readers of this book—will be blissfully ignorant of any naughty meaning. And if you change it to “of gold,” you have two “of” phrases in rapid succession, and it’s simply not reworking further to protect a reader from naughtiness. In fact, I applaud a little subversive naughtiness.

LandonDemand: Thanks. I'm just trying to fill in the education I missed all along the way.

Managing Editor: as are we all—or should be anyway. I just learned that New Hampshire and Vermont are so topographically different because each is from a different continent, which smushed together and then split again, leaving a different landmass mix.

LandonDemand: That might explain the Manchester Union-Leader in one state and Bernie Sanders next door.

Managing Editor: That’s what one of my fellow managing editors said, only in less polite terms.
Posted by czar at 2:24 PM 2 comments:

A few days ago, another friend of the family suffered what will end up being a fatal heart attack, if the next few days play out as the doctors expect. Woman around 60 without prior heart problems, husband had just retired, and they'd planned all the things they'd be doing in their leisure.

If these things happen in threes and I'm number three, well, it's been -- uh -- it's hard exactly to classify what it's been, whatever "it" is.

I guess working in my favor is that I do indeed have some heart health issues and have been warned. My father, from what the doctors say, shouldn't be sucking air at all at this point because of heart problems, but he looks and feels pretty good.

Just another week (actually, this all kinda came together on the same day, if I remember correctly [questionable]):

First friend made out of college dies unexpectedly out of nowhere? Fifty-eight years old and no apparent prior health issues? Check.

Bill Leonard, whom I first came to know while proofreading airline timetables and lottery tickets in Atlanta in 1981-1982, had a heart attack while hiking with his dogs in Asheville, NC. I went to the celebration of his life yesterday and saw a lot of folks with incredible memories whom I hadn't seen in 30-plus years. Plenty of stories that I'd heard and not heard. The fleeting incidents that managed to stick in their heads for all of this time blew me away. I'm lucky if I can remember the manuscript I was working on earlier in the day.

This commercial printing joint where I met Bill did, however, spawn three people who ended up writing or editing for a living -- the third remains one of my dearest friends in the world -- so there's something to be said for slave labor right out of college, although it helps that it's in one's desired field.

Bill leaves behind a wife and two daughters, both of whom are far too young to have their very devoted father taken away from them.

Bill was a witty, brilliant, talented communicator who had deep knowledge and love of many issues and activities -- and he was perfectly happy to remind you in detail of any of those at the drop of a hat. He was a life-lover in the extreme. And if whatever you brought up didn't measure up with his standards, he'd tell you that, too. Imagine how special a person . . . who could proudly live up to that description -- and still have legions of admirers.

Once, at a mutual friend's wedding reception, the czarina mentioned that we were in Bristol now, and Bill and his family should come up and visit. Bill's response? "Why would I do that? Asheville's better." Classic Bill.

Sad day . . . and throwing off plenty of harmonic echoes in my own world. The drive back from Asheville and some of the hours since have been some of the more introspective and psychically disruptive of my life.

Going to a Reiki session tomorrow -- my first. The timing cannot be coincidental.

See ya, Bill. It ain't right. Your life was honored well, but you know that. 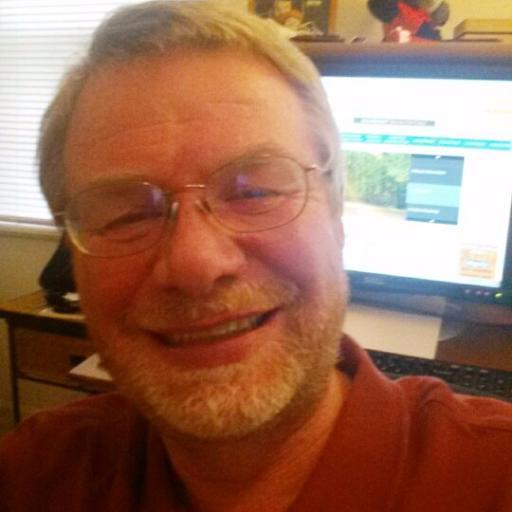