The Gift That Keeps on Giving

In this case, my elder issue. One nice thing about raising kids with a diverse musical palate (pallet? pallette?) is that they have enough time to keep you apprised of the really good stuff you miss.

Oh. My. God. This is what's happening in my head:

My son's name is Mitchell Land. If you're in Chicago, look him up and see if he's playing anywhere, either by himself or as (with) Joey Mitchell, whom (or which) you can find on the rats' nest (Facebook).
Posted by czar at 11:01 PM No comments:

1. What awful dictionary did Microsoft Word base its spell check on that it doesn't recognize "diaspora"?

2. If you're just finding this blog and you arrived here via Facebook, please let me know how. You can leave a comment or email me.

Signed,
The Proprietor
Posted by czar at 10:39 PM No comments:

From the current project. Actually pretty interesting, although getting a little repetitive around page 350.


Goodman’s famous assertion that one wrong note or dynamic disqualifies a performance from representing the work, but that a vast latitude in areas not specified by the score is permissible, is a purely philosophical exercise of no interest or importance in the musical world. However, Urmson takes a more practical if also philosophically stern line in suggesting that performers have an ethical obligation to proffer the audience something as true as possible to what they believe is (e.g.) Handel’s Messiah if that is what is promised on the programme.
Posted by czar at 10:13 PM No comments:

Author Should Have Quit While He Was Ahead 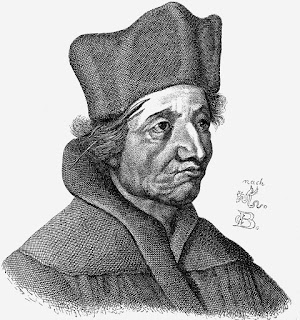 Oh, Where the Series of Tubes Takes You

From an issue of the American Physician, July 1907:

A certain young man of great gumption
'Mongst cannibals had the presumption
To go--but alack,
He never came back;
They say 'twas a case of consumption.

From the endnotes to a book on Mormon ecclesiology: a journal article titled, "Try the Spirits."
Posted by czar at 5:51 PM No comments:

From a Twenty-Year Atlanta Resident

This blog has probably had fewer sports-informed than politics-informed posts (I think the score was 3-0, now about to be 3-1). But if you've spent any time around ATL sports franchises, you know that the outcome of tonight's game was not a matter of what the result would be, but in what shamelessly horrid fashion it would take place.
Posted by czar at 11:07 PM No comments:

This book on the American nonvoter has obviously been in development for years, and it ends at 2012. I was ready for it to be outdated from the get-go.

Instead, the authors must have been clicking their heels and clucking their tongues as election day 2016 unraveled -- entirely confirming their thesis, which, as obvious as it seems, they say has never been investigated.

Basically -- and I don't think I'll be cutting into their royalties -- they claim that uncertainty in the campaign climate is the greatest influence on voting participation. High certainty of what will happen with the election and its results leads to nonvoting. A situation like last year's mitigates against nonvoting. They nailed it.

Now if the damned news wasn't so alluring. I've lost more productive hours in the last six months to reading news than in any comparable period. Damn Internet.
Posted by czar at 1:41 AM No comments: